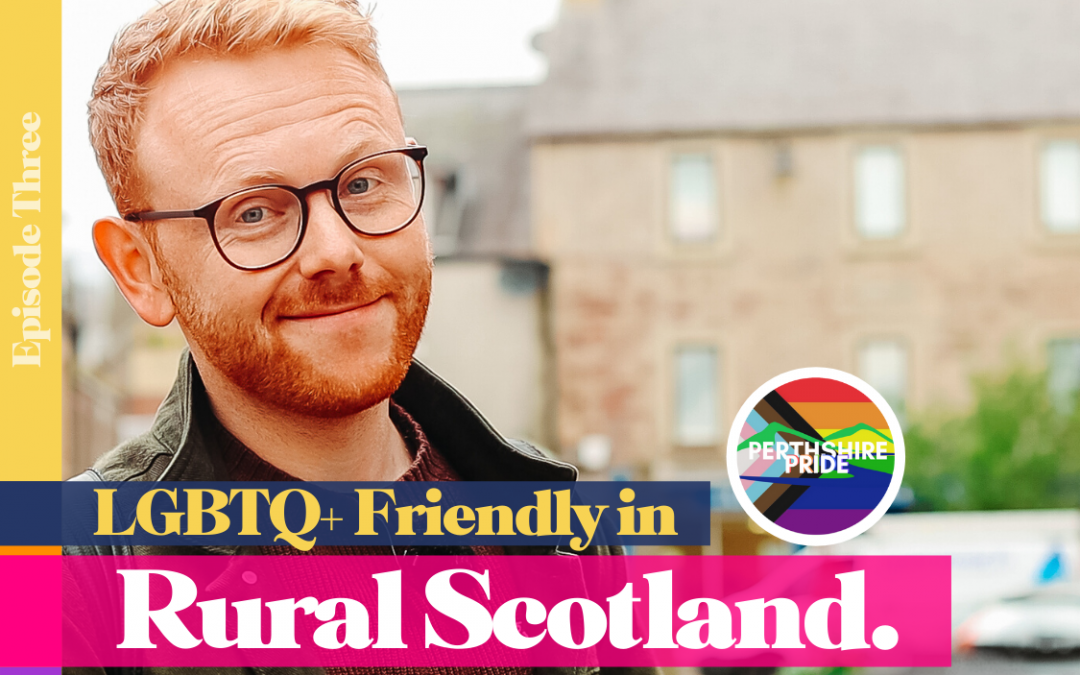 Welcome Back To Blairgowrie.

A small, LGBTQ+ friendly Perthshire town nestled within the agricultural heart of Scotland.

We’re headed for the Fair City of Perth to discover some of the LGBTQ+ friendly spaces and faces via route 57. 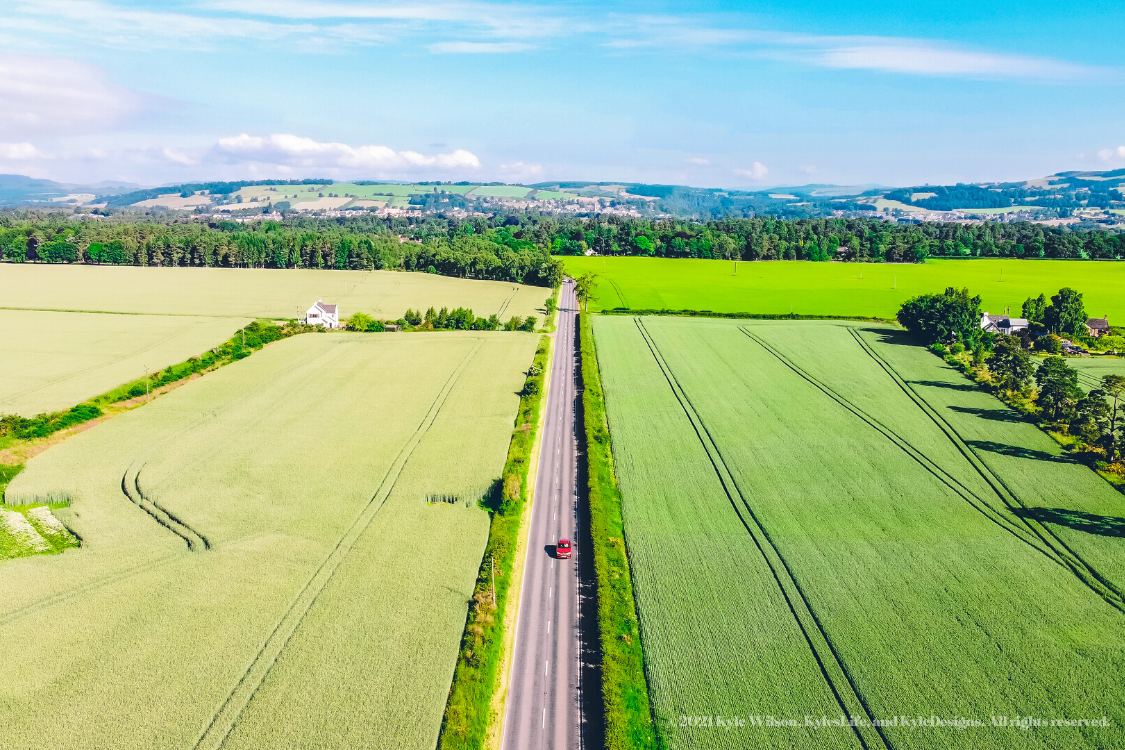 Scotland is recognized across Europe and quite possibly the rest of the world as a diverse and welcoming country. We have leading LGBTQ+ equality legislation, Scotland’s government is the first national government to fund transgender rights across Europe, and our school children have access to an LGBTQ+ education on the school curriculum.

Let’s travel through rural Scotland and listen to the people who live there and maybe we’ll discover a slice of it through them.

The man behind one of Scotland’s famous songs, Freedom Come All Ye.

A song that played a hugely significant role in the Scottish folk culture revival of the 20th-century.

Hamish was a beloved poet, songwriter, and political activist, and this wee rural town, Blairgowrie, is his birthplace. Born in November 1919 to a single mother, he was largely left out of the Scottish narrative because of his strong, vocal support of people working collectively, cooperatively, creatively, and collaboratively to form a self-governed and self-determined democratic community.

His background in military intelligence made him a hero in wartime, but it made him a person of interest to the same intelligence services during the “peace” of the cold-war era.

He believed in strong minds, independent spirits and identity, ordinary working people including the travelers, and that the value of a person was not found in their wallets or purse but in the magic and light of their true selves.

Scotland’s National LGBTQ+ Magazine, Somewhere For Us, shares something about Hamish that is lesser-known. He was actually bi-sexual and shared his role as a real voice and advocate of the LGBTQ+ community. If there is anything similar between him and us then you’ll know that it shall be found in our belief that to be authentic and proud about it is a wonderful thing.

26 years after Scotland’s first official Pride event in Edinburgh, rural Scotland has become a beacon of light and a place where many can now proudly state, “This is somewhere for us.” 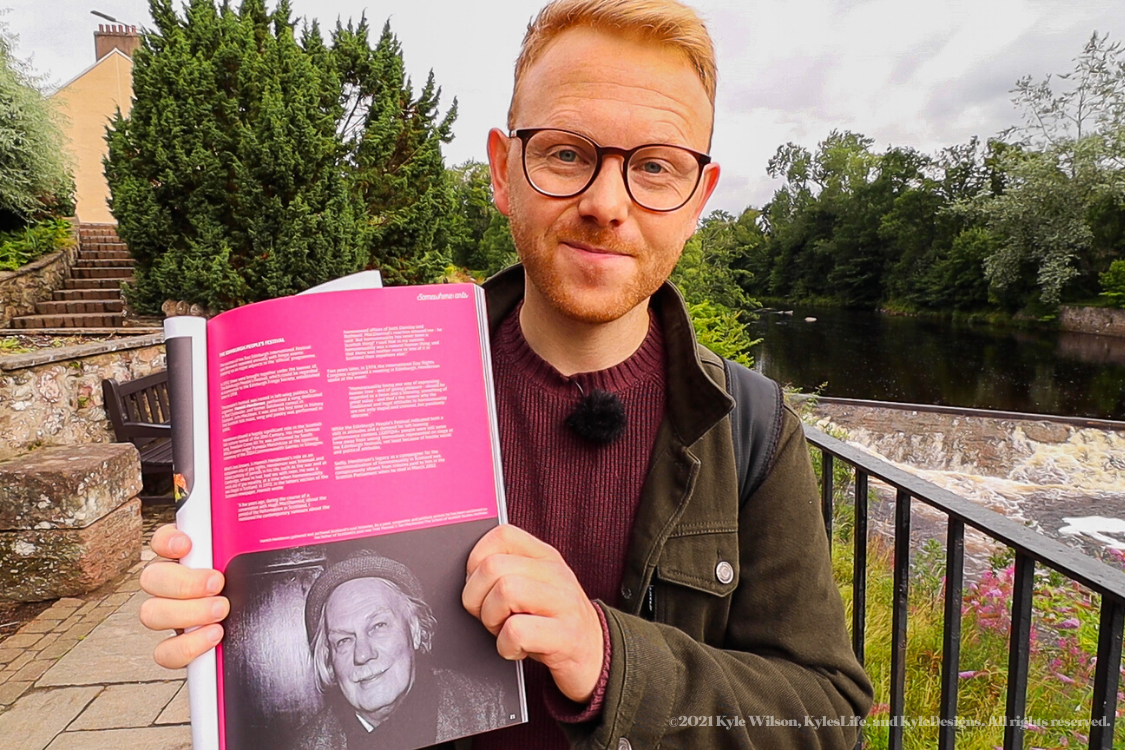 It’s a road full of history written for the people and by the people including Hamish Henderson but also Albert Wilkinson. Albert was a local man and rode this road as a bus conductor by day and a gramophone player by night at the turn of the 19th-century.

It’s a road with endless green fields and hilly horizons, gentle rivers that meander like silver ribbons, timeless architecture, and the simple things in life we take for granted like being able to fill our lungs with a big gulp of fresh, country air as it whisks on by in a gentle and sometimes gale force manner.

Stagecoach bus number 57 serves this route believe it or not. This bus begins its first journey each day from sunrise and makes its last journey after sunset from both Dundee and Perth city bus stations.

Get yourself upstairs for a window seat, watch the sail across the baby blue sky, and may the scenery unfold (or fold) like magic before your very eyes. 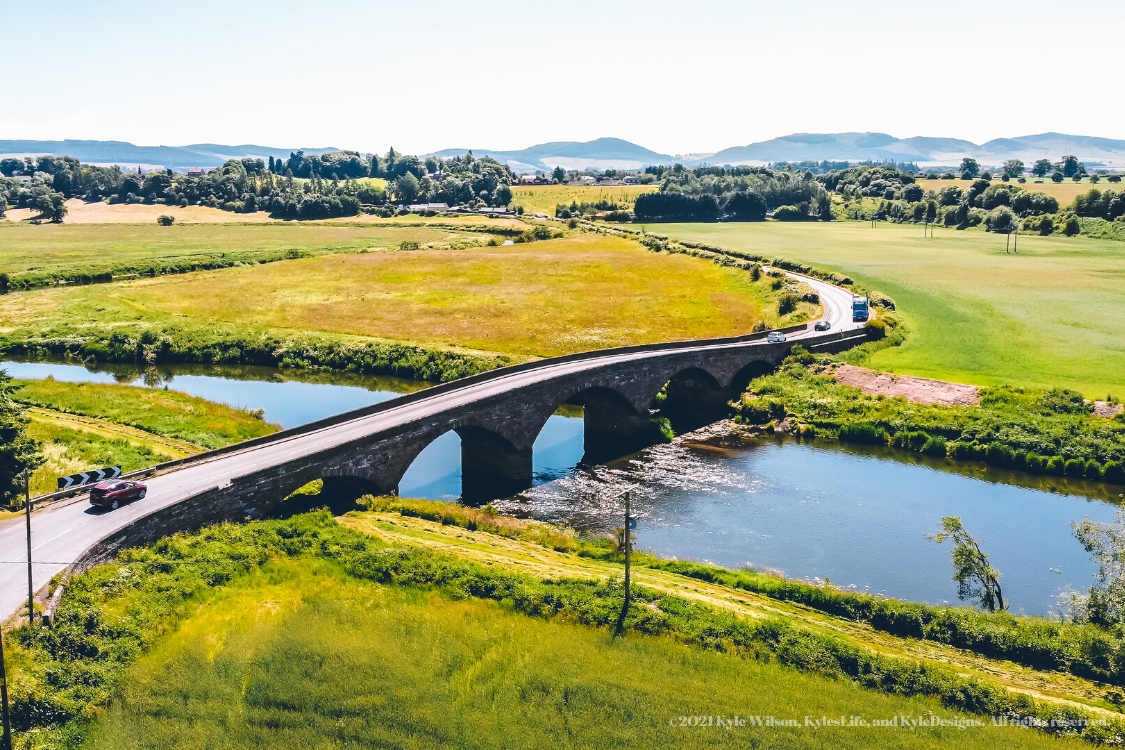 The Jewel Of Strathmore.

Five LGBTQ+ friendly rural towns join up together to form this route 57 between Blairgowrie and Perth.

We have Burrelton, Balbeggie, Kinross, Scone, and of course Coupar Angus, also known as The Jewel of Strathmore. Coupar Angus got this title back in 1837 with the arrival of the train.

Think about the connection, accessibility, and burst of life that happened here because of these exciting engines that gave working people the ability to travel for work and leisure.

85 shops and a local distillery sprung up around this place which resulted in Coupar Angus becoming connected with the rest of Scotland for the first time.

Unfortunately, the only thing traveling along these train tracks today are weeds and the odd domestic cat or two. What’s remarkable though is that some of the architecture is still standing to this day. 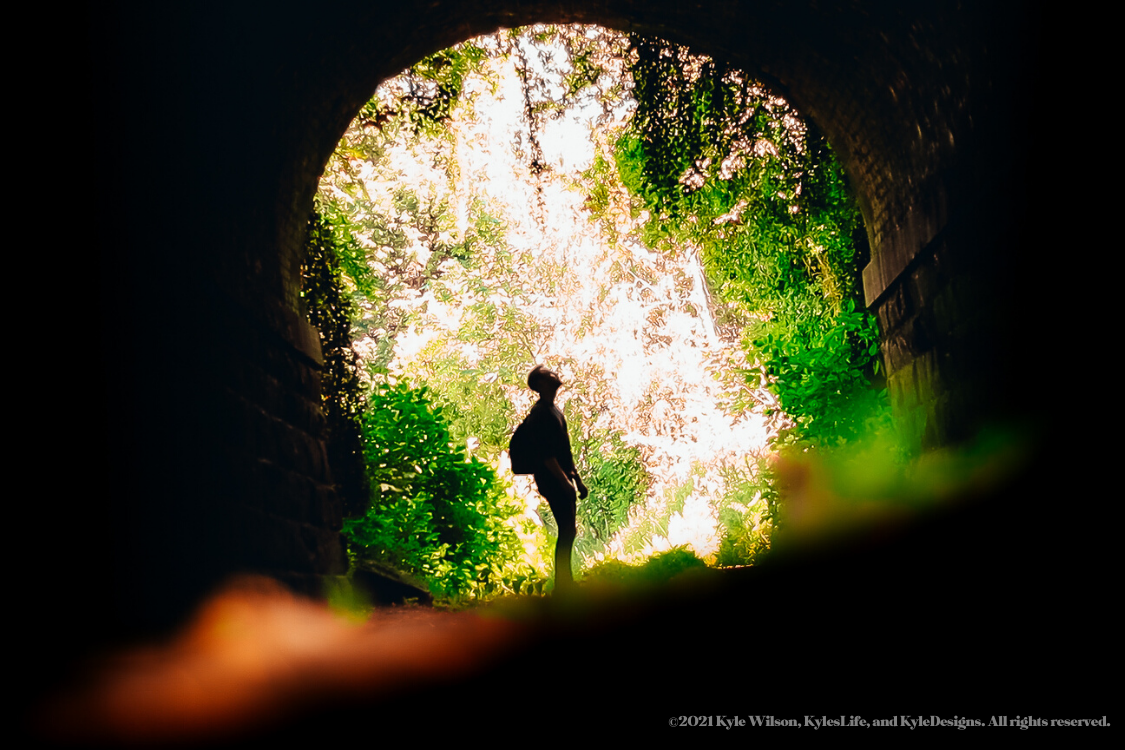 In this episode, we visit our first rural LGBTQ+ friendly space along route 57. The Re-Use Shop.

This wee shop in Coupar Angus prides itself in welcoming all walks of life to rustle through its forgotten treasure.

John Swinney, the Scottish National Party MSP for Perthshire, opened this charity shop with Forward Coupar Angus at an opening ceremony a few years ago.

Forward Coupar Angus is another local charity that oversees this shop and many other local initiatives including the Coupar Angus Market Garden which is a lovely wee community garden where locals can volunteer and learn how to grow their own greens and more!

The Re-Use shop is run by volunteers and shares a cooperative and timeless way for locals and visitors to find welcome bargains that help local charities to fundraise for their favorite local causes. 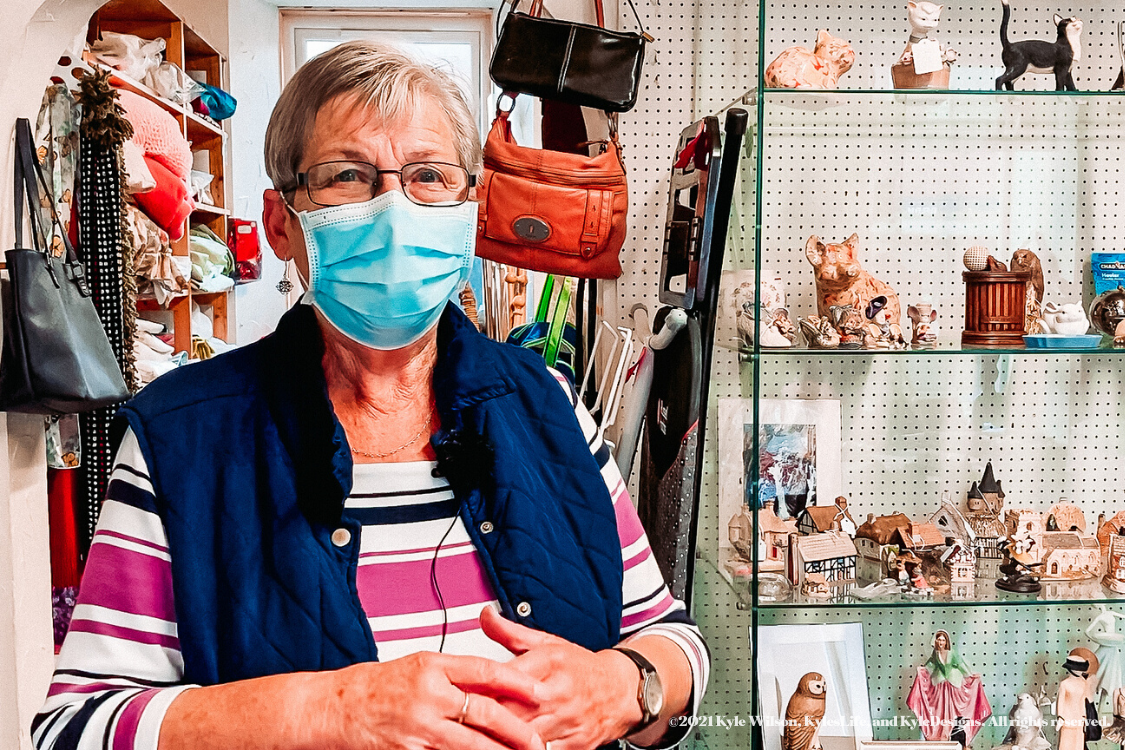 Perth is The Big Tree County.

This LGBTQ+ friendly rural city is the grassroots of 200,000 acres of happy trees and is also known as “the gateway to the highlands.”

Home to legendary names like Sir Walter Scott, John Knox, John Smeaton, The Fair Maid, and various royals. Perth was part of the Kingdom Of Alba and crowned their kings on the Stone of Destiny at Scone Palace.

The Queen recently awarded Perth “city status“, and today it serves us a wide range of small to large retail stores, entertainment venues, and outdoor spaces for recreation and social events.

The city has a growing cultural scene and has a visible artistic streak running through its streets from colourful street art to independent musicians and artists performing on the street and inside Perth Theatre and concert hall. 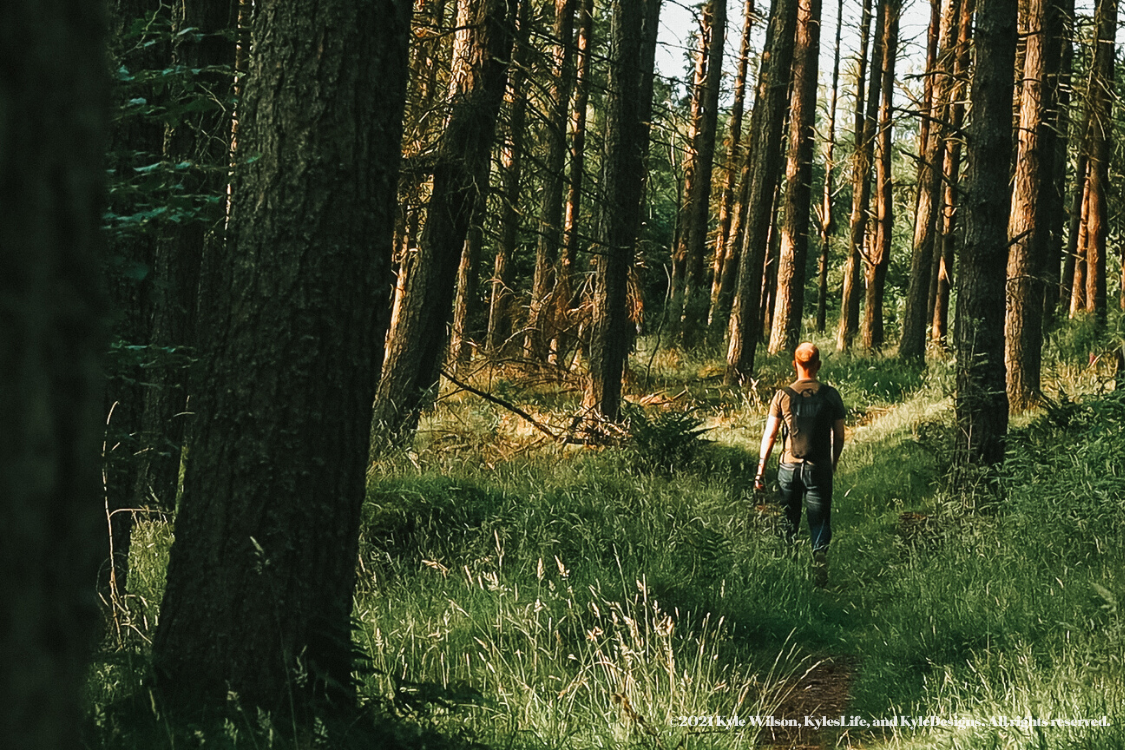 This community found its home here when one local lady, Claire MacKenzie, began to plant seeds of connection at the grassroots level, and before long over 6,000 local and not-so-local folks are turning up here at their annual event each year to show their support for Perthshire Pride and to stand in solidarity with the LGBTQ+ community.

2019 was another special year because guess who returned to the shire once more? Gandalf! Yes, that really did happen! Sir Ian McKellen marched down Tay Street with the LGBTQ+ community and then gave a memorable speech at the culture quarter outside Perth Concert hall.

In this episode, we’ve arranged to meet Claire to discover the magic behind her shared story and we’ve to meet her at Perth’s most colourful wall, come along! 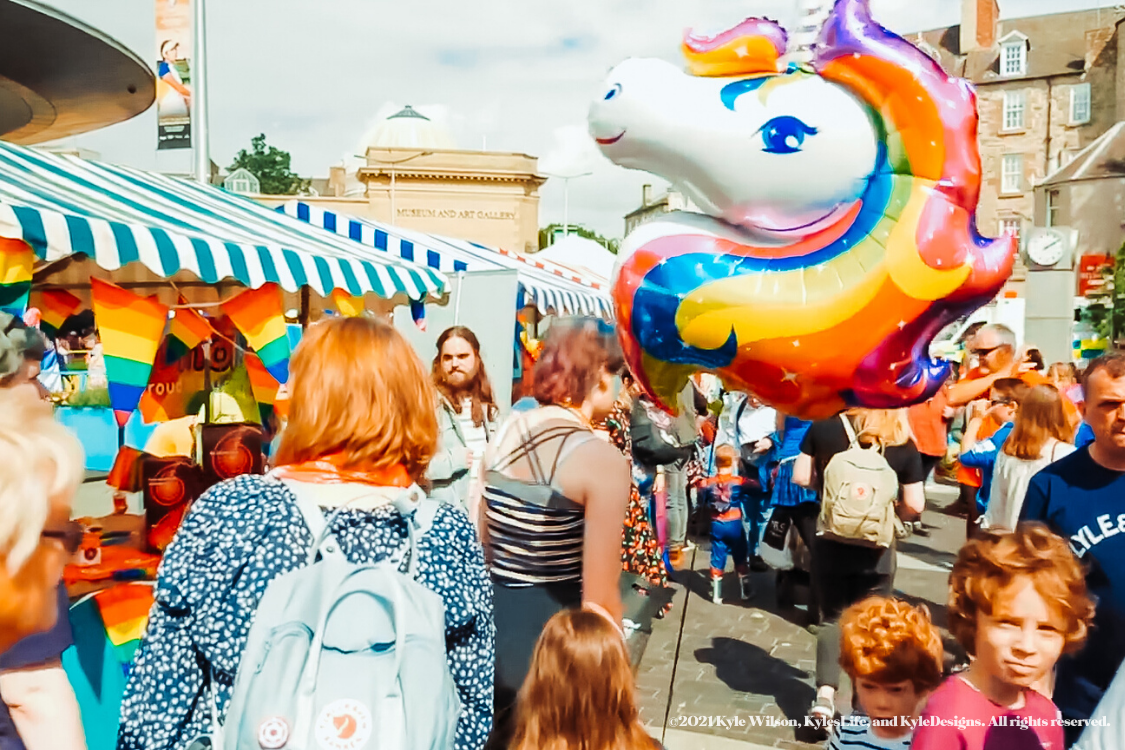 We see some beautiful and unique hairstyles at Perthshire Pride’s annual event but where do many of these people go to get their hair styled for the big day?

Rock’N’Beauty Salon on Perth’s Scott Street. This beauty of a place takes great pride in using cruelty-free and vegan-friendly hair products as well as building a community of people from all walks of life who cherish this salon and regard it as an important social hub that proudly supports their local LGBTQ+ community.

Claire Cameron, the lady who loves blood-red roses, Star Trek, The Hobbit, and all-things gothic shares with us her story and why she proudly supports Perthshire Pride and Perth Autism Support. 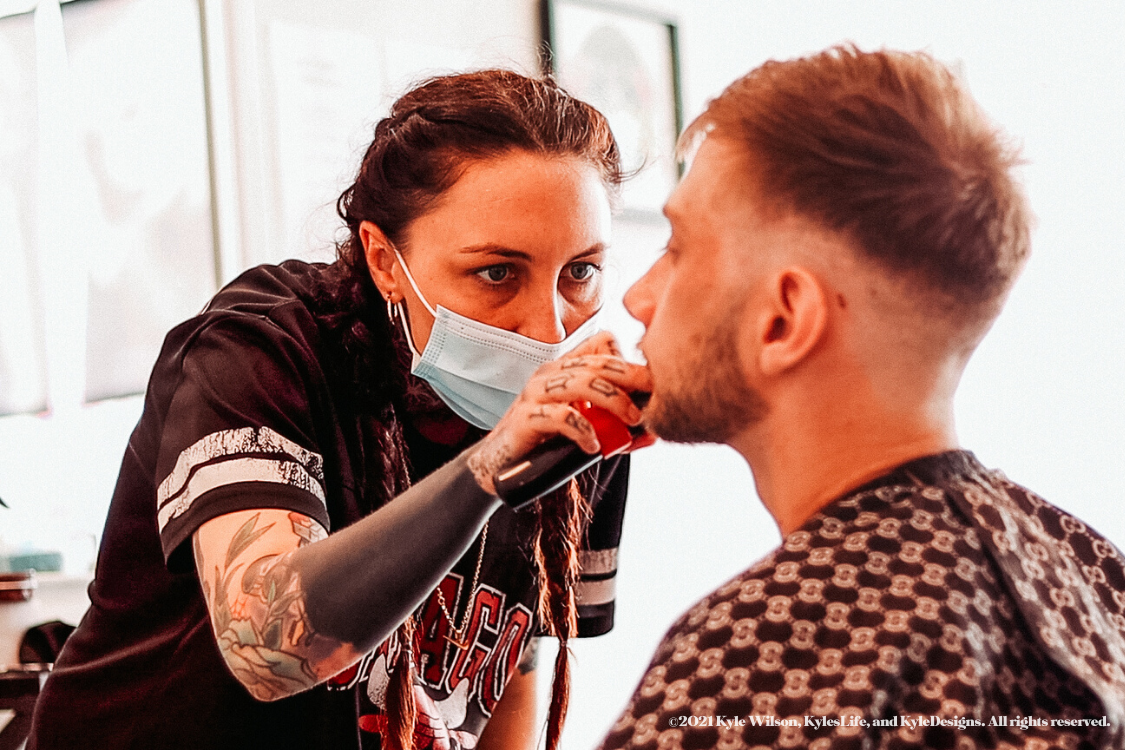 This LGBTQ+ friendly fitness boot camp is a community of locals who enjoy exercising in the outdoors and share a disability.

A local lady, Tammy Fleuchar, started this community after being made redundant during the coronavirus outbreak and we wanted to discover her story.

Her Fit4All boot camp classes run each Wednesday from 11:15 am until 12 pm and are open for anyone with a disability. So if you’re traveling through the North Inch at this time, book your slot and join in! 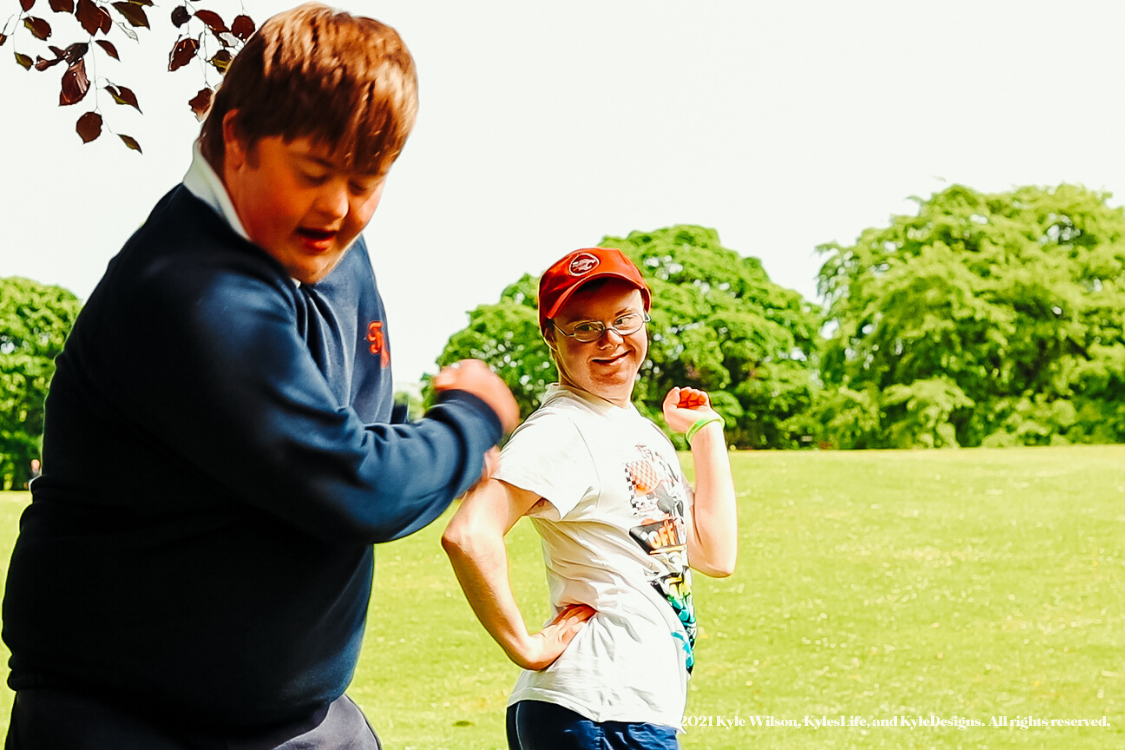 Be Amongst The Wild Things At Kinnoull Hill Woodland Park.

In the final part of this episode, we take a 20-minute stroll to the nearby woodland park. A park shrouded in a myth about a dragon that apparently once had its lair in a cave deep within these cliffs. We’ll also discover who carves these amazing wooden sculptures, visit a famous clifftop fortress, and marvel at amazing views of the River Tay.

Check out VisitScotland for more information especially about LGBTQ+ Travel.

TheCourier.co.uk wrote an article about the work being carried out by Pink Saltire on the development of Perthshire’s new LGBTQ+ Community Hub which will soon be available in Perth City for all. 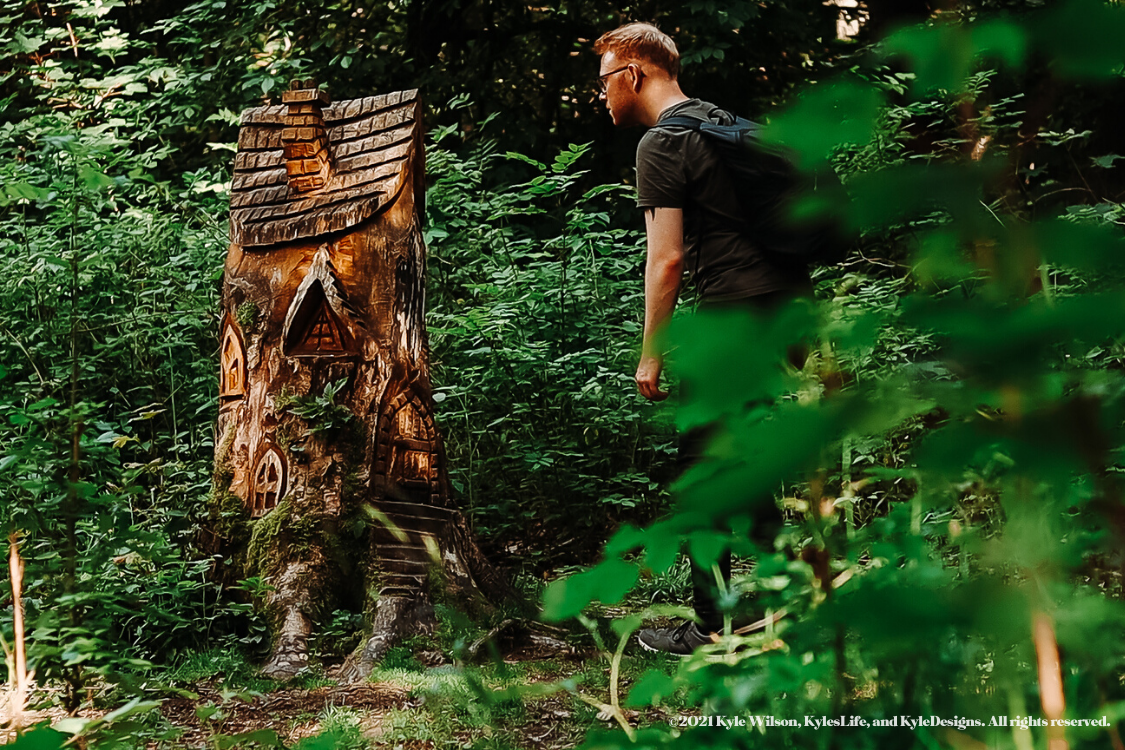 A journey through Scotland means there’s no knowing where your feet may take you.