The Hidden Legend Of Craighall Castle.

A Scottish clan is a kinship group among Scottish people. The Rattray clan was a noble group with close ties to the Scottish parliament and the King Of Scots himself, Robert The Bruce.

And the Atholl Clan, Europes only remaining private army, has thrived in Perthshire for over 750 years.

Clans give a sense of shared identity and descent to members, and in modern times have an official structure recognized by the Court of Lord Lyon, which regulates Scottish heraldry and coats of arms.

Most clans have their own tartan patterns, usually dating from the 19th century, which members may incorporate into kilts or other clothing.

Have you ever wondered why Scotland is so special? 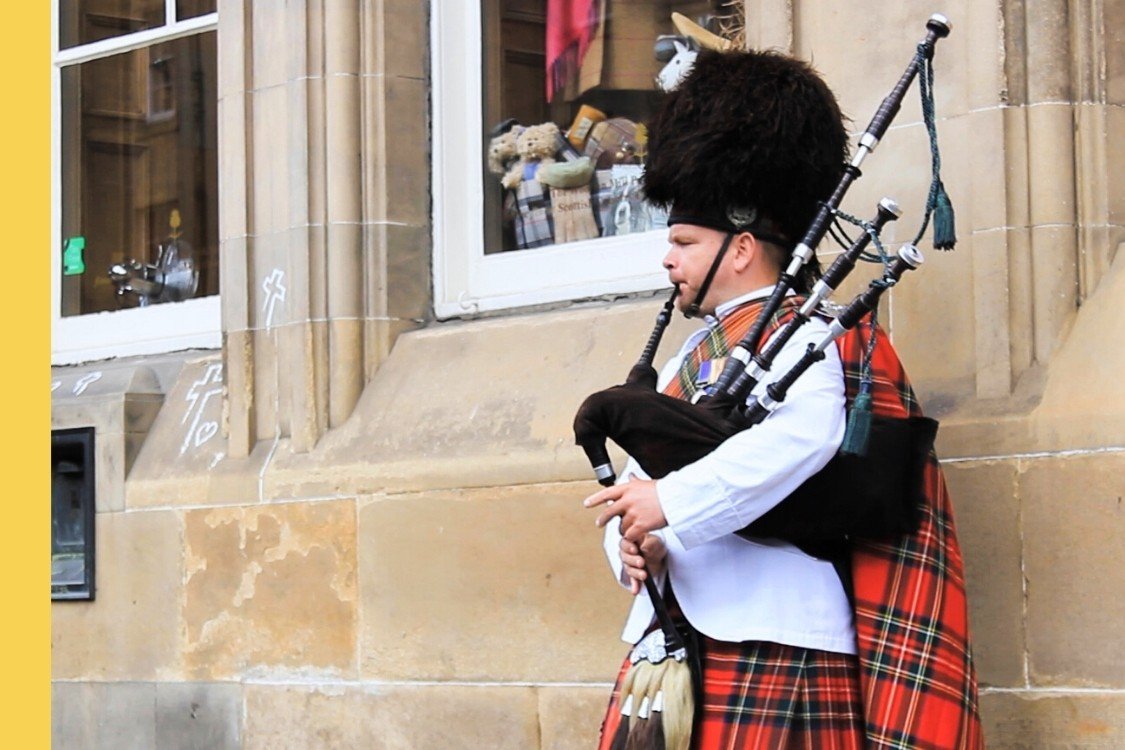 Plan Your Local Accommodation In Blairgowrie

Explore The Ski Slopes At Glenshee

If you’re into the winter sports then Glenshee Ski center is open year-round. We love the drive here from Blairgowrie which takes you through the valley of the Glens and over the beautiful Cairngorm mountains. 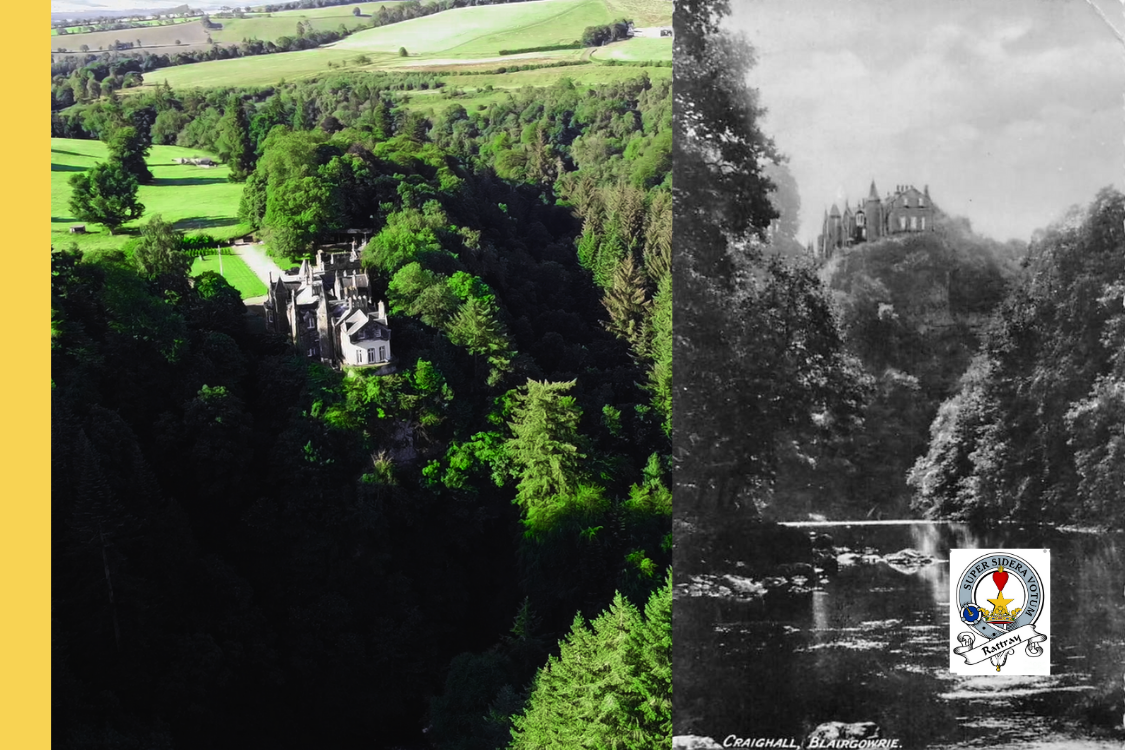 Legend has it that Scotland’s King Malcolm confirmed an early Rattray clan member as the laird of Rattray during the early 11th Century.

The earliest written records of the Rattray family share the story of Silvester Rattray who happened to be the fourth great grandson of the famous Robert The Bruce, King of Scots.

In 1463, Silvester negotiated a peace with England, became a person of significant influence in the seats of the Scottish court, and came into possession of ample inheritance.

Some years later, in the aftermath of the battle of Flodden in 1513, Silvester discovered grim news of his son’s death, John Rattray, during the battle.

Members of the Atholl Clan celebrated, thinking they’d killed off the last of the Rattray clan and claimed ownership of the Rattray land for themselves.

Silvester & Patrick Seek To Take Back Their Homeland.

Patrick was forced to flee but managed to set the original castle on fire in the process and escaped through thick smoke unseen and unharmed.

The Earl of Atholl later discovered that Patrick had fled to this location to meet Silvester. The brothers had built a new castle deep in the woods high up on a cliff.

The brothers gave it a single entrance that is only accessible by going along the narrow cliff edge.

Because of this, they made it’s defense possible and to this very day, the Craighall Castle stands tall above the River Ericht overlooking the scenic town of Rattray.

It’s one of the most mysterious trails in all of Perthshire.

It’s actually an abandoned road that once served as the main route between Rattray and the nearby town of Bridge of Cally until a landslide wiped out the local bridge. 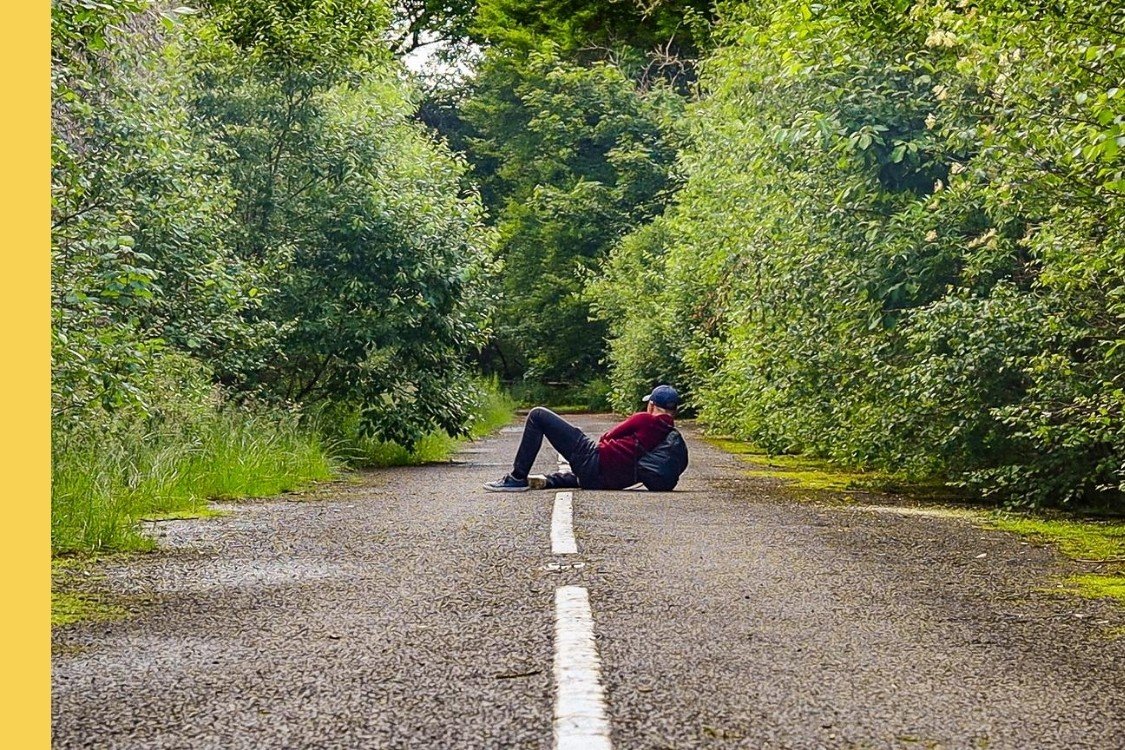 In the late 17th century, the original bridge crossing over the River Ericht was much smaller and more vulnerable to wear and tear from increasing weight of traffic passing through.

Blairgowrie & Rattray later chose to take down the original whitewashed bridge in the mid 18th century after complications with a landslide and replaced it with a much stronger and wider structure to give them the advantage of a two-way driving system.

This was just in time for Blairgowrie’s huge expansion into the fresh fruit growing industry. From the beginning of the 19th century, thanks to recent investments made in infrastructure, Blairgowrie & Rattray had established the rural Perthshire area as the world’s leading producers of soft fruit including raspberries and strawberries. 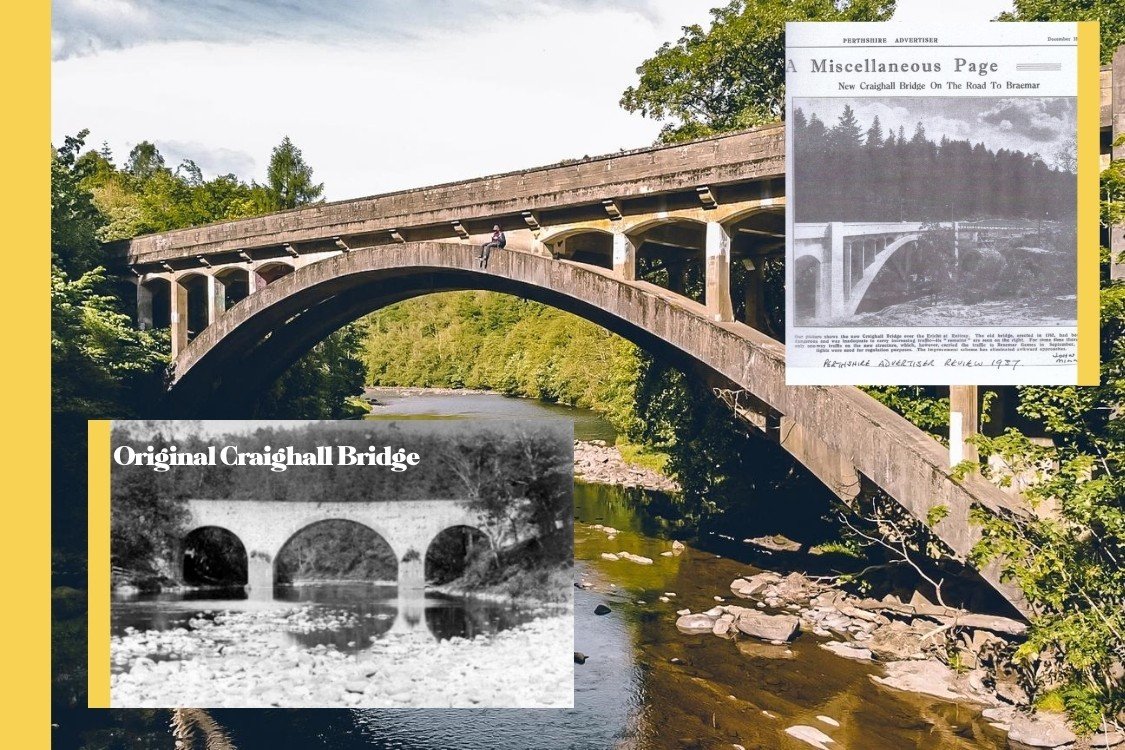 All along Blairgowrie & Rattray’s River Ericht walking trail you’ll notice the numerous ruins of the once vibrant textile mill industry.

The textile mills were the first industry to expand their work here, creating hundreds of new jobs for local people, and attracted the traveling community from Perth, Dundee, and Glasgow.

Of course, the European traveling community heard of the good wages being offered in these small rural Scottish town’s and thousands took the long journey to get here. Many ended up in the surrounding farms helping the locals to pick the fresh, ripe berries.

A journey through Scotland means there’s no knowing where your feet may take you.

Here’s another way you could spend your time around Blairgowrie…